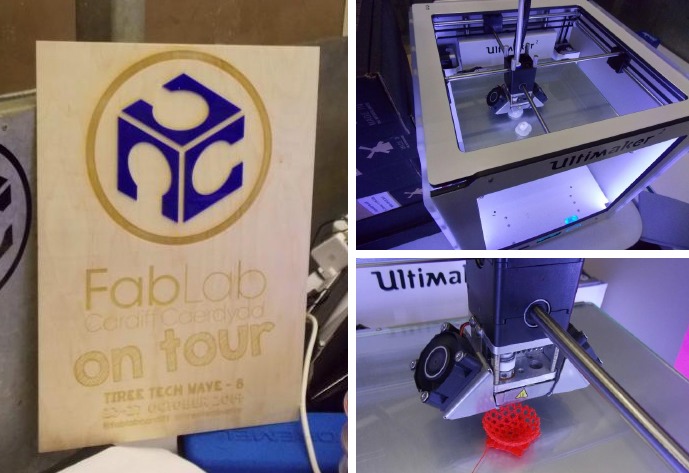 The three workshops were aimed at local residents offering an opportunity to learn how to use some state of the art 3D scanning and digital fabrication techniques.

As well as being fun, the workshops aimed to establish whether there might be sufficient interest and potential use for investing in some island-based digital fabrication equipment.

In all 16 Tiree residents took part in these as well as other Tech Wave participants from school-age to the retired. There was an enthusiastic response from all those at the workshop whose interests included the use of this technology in art, tractor maintenance, building, architecture and custom craft. There was indeed clear interest in obtaining some of this equipment for permanent use on the island.

After the workshop, Andrea MacArthur wrote:

“I found the workshops on 3D scanning and printing quite fascinating and can see how providing such a service on the island could be of great potential benefit to the community. Imagine being able to locally obtain small customised replacement parts for everyday items.“

The future for island economies

Lynn Cox describes how she sees how digital fabrication could be used as part of a new, more environmentally friendly economy, and how she has already used off-island fabrication facilities as part of the Noust build:

“For me the most exciting aspect of the digital fabrication workshops was learning how simple it is to work with the equipment.  I see that having access to such equipment would be a very empowering thing.  I think this especially true in a remote location where there perhaps aren’t local professionals who can manufacture items on your behalf.

As a person who enjoys problem solving, DIY, and trying my hand at fixing different items at home, it was wonderful to learn how a 3-D printer could make replacement parts for appliances.  It frustrates me that many of our appliances are planned to become obsolete rather than built to last.  I could see that using a 3-D printer could make it possible to easily replace broken parts and extend the lifespan of domestic appliances.  It is even more exciting to imagine how this information might be shared online and help to reduce the waste going to landfill.

I am a big fan of Fab-Labs and digital fabrication facilities.  Earlier this summer Tog Studio used a CNC router at a facility in Glasgow to cut the plywood structure of the Noust boathouse.  This building is one of the first in Scotland to be manufactured using open access digital fabrication equipment.  I think it is significant that the Noust is located on Tiree as an example of how this technology can be applied to solving problems in rural areas.  I very much enjoyed the Tech Wave workshops as this was a great opportunity to learn about other equipment such as 3-D printers.  There really is so much more we could do with this technology!” 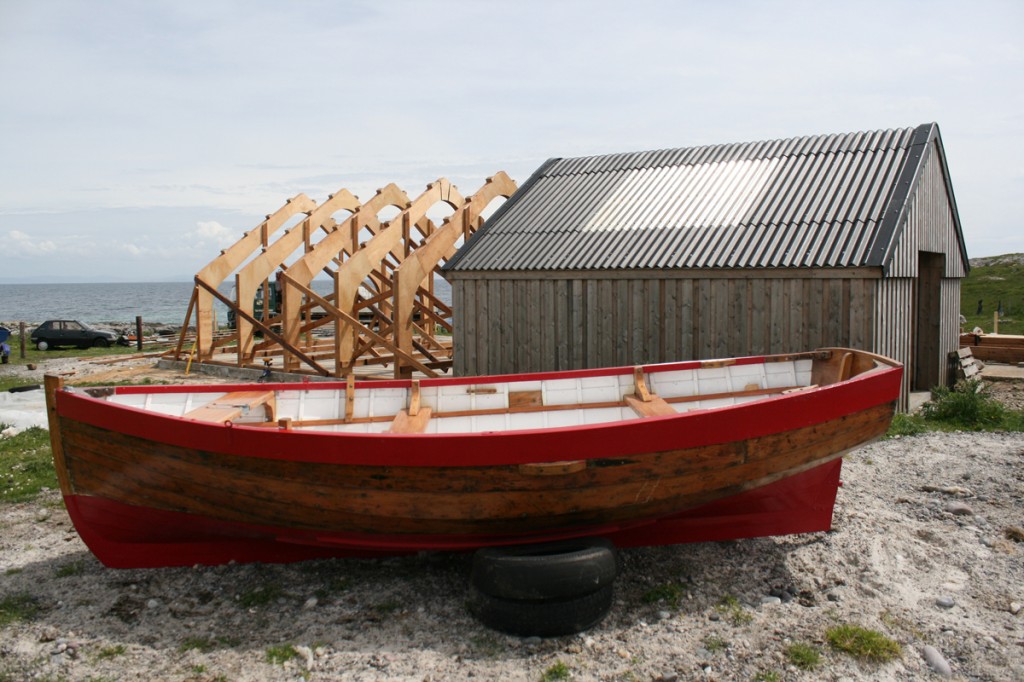 These workshops were kindly supported by Tiree Community Development Trust through the Tiree Windfall Fund.